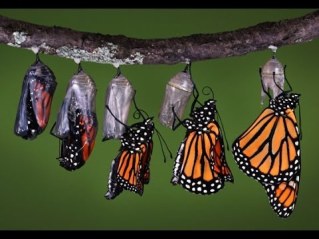 Recently I’ve found myself meditating on the process that a caterpillar takes to become a butterfly. I mean… isn’t it fascinating? A creature that had to roll and heave in order to move, months later is able to take flight above the branches it used to struggle on.

I believe that for many, their season of flying is nearing. They’ve had their caterpillar season and they are dreaming of their flight. The Lord has spoken about what the nature of their flight will look like, what colour their wings will be and how He will change their surroundings according to their new form. All this is AMAZING! It is amazing when we take on our God ordained form but it is imperative that we endure the process of transition. In this post and my next post we are going to look at the butterfly’s process and extract important lessons to remember whilst transitioning.

Below, I have copied and pasted extracts from the ‘Scientific American’ and ‘The Butterfly site’ which go into detail on the process from a caterpillar to a butterfly. Underneath these extracts are important lessons from each part. 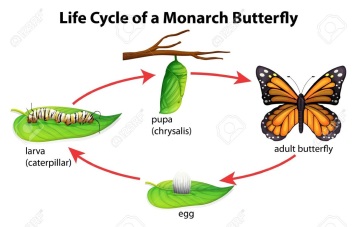 “Even in the smallest caterpillar, just hatched from the minuscule egg, bundles of cells are already primed, destined to become adult features such as antennae, wings, legs and genitalia. Called imaginal discs (being flat and round), they are prevented from growing and developing by a constant wash of a juvenile hormone.”

Even in your pre-butterfly state, every talent, gift and potential is locked up inside of you. You may not have tapped into it yet and it may remain locked but many of your ‘adult features’,  the tools you will need to use in destiny are already primed in you. Whether it be that passion you’ve had since you were young to feed the homeless, or your innate ability to sing. Don’t overlook the aspects of yourself that are already primed. Yes those gifts may be surrounded by levels of immaturity, but they are gifts regardless which you will use when you ‘butterfly’.

“When the egg finally hatches, most of you would expect for a butterfly to emerge, right?  Well, not exactly.  In the butterfly’s life cycle, there are four stages and this is only the second stage.  Butterfly larvae are actually what we call caterpillars. Caterpillars do not stay in this stage for very long and mostly, in this stage, all they do is eat. “

It feels like you’ve been here forever, toiling immensely for even the smallest thing you need. You then compare yourself to all the other creatures around you who appear to only have to slightly move in order to receive what they need. To that, I say do not be disheartened. This period of being a caterpillar in the grand scheme of things will not last forever. Yes right now your church might only have 20 members, your blog might only have 10 followers, your business might only have 5 loyal customers. However, if you are fulfilling the will of God, He will grow the work of your hands in His timing.

What is important at this time, is that you grow into Christ and eat the Word. All caterpillars do at this stage of their life is eat. Why? The level to which they ate at this stage will determine the level to which they will fly in their next season. So many want to fly with unformed wings. I mean… that doesn’t lead to sustained flight but falling. You don’t want to rise and then fall in the next moment, you want to glide from season to season, fulfilling purpose up until you leave this earth. Therefore, you must eat His word and grow in intimacy with Christ. This is your eternal call yes but this is imperative in this season because there will come a season where you don’t have the time that you have now. When the church has 2,000 members, the blog has 10,000 followers, the business has 50,000 customers, do you think you’re going to have time like you do now? You won’t. Life will be busy. So eat now. To others, it’ll seem like you’re not doing ‘enough’ but you know that you are eating in order that you’ll be able to do enough when the season arises.

When the egg hatches, the caterpillar will start his work and eat the leaf they were born onto. Their exoskeleton (skin) does not stretch or grow, so they grow by “molting” (sheding the outgrown skin) several times while it grows.

When I read this I immediately thought of the process of putting off what the Bible describes as ‘the old man’.

Ephesians 4:22-24 Amplified Bible (AMP): regarding your previous way of life, you put off your old self [completely discard your former nature], which is being corrupted through deceitful desires, and be continually renewed in the spirit of your mind [having a fresh, untarnished mental and spiritual attitude].

In order to successfully ‘butterfly’, we must continuously put off the old man especially when we are at this stage. Putting off the old man means removing and discarding our old natures. The garment of shame, guilt, condemnation, sin, fear, unforgiveness and whatever else it may be that doesn’t reflect the King, daily we must take it off. The bible says we should lay aside any weight and sin which easily entangles us (Hebrews 12: 1). If we don’t, we’ll be trying to fly with baggage of the past. Which once again, will lead to us not flying as high as we are ordained to.

Today we’ve looked at how:

Next week we will discuss what happens in the Butterfly’s cacoon and how this stage is NECESSARY for the caterpillar to become a butterfly. I think understanding this process is what blessed me the most and how this applies to our process as believers.

Bless someone you know by sharing this:

2 thoughts on “#Shift || When a Caterpillar turns into a Butterfly Pt. 1”